A Bit of Information on Bitcoins 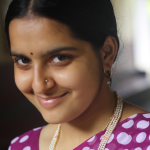 Did you know that 1 Bitcoin equals to around 23 lakh Indian Rupees? This is as of January 2021. The word Bitcoin keeps popping up on social media and other media once in a while. Have you ever wondered what exactly are they?

Bitcoin is a virtual cryptocurrency. And like any other currency, it can be used to exchange other currencies, buy products and services. But these are done digitally and you can never have a hard form like cash for it.

Cryptocurrency uses digital files as money and uses an online ledger. These ledgers are nothing but databases that contain details of ownership, secure transactions, control creation of coins etc;

Bitcoin was released on 9th January 2009. It was created and developed by Satoshi Nakamoto which happens to be a pseudonym used by one or more persons. The identity of the person or persons is still a mystery although there have been many speculations.

Bitcoin is a decentralized digital currency and is not controlled by a central bank or an administrator. The transaction details are stored in a shared public ledger called Blockchain which can be viewed by any user.

To begin with, you need to install an app or software which serves as the Bitcoin Wallet. It will generate a bitcoin address also called a public key which you can use for a transaction. For each transaction, you need to generate a new address every time.

In a transaction, value is transferred between Bitcoin wallets and the details are included in the Blockchain. Your wallet has a private key which is used as a signature for the transactions. Thus in the transactions, only the wallet IDs are used and not the owner names. And a wallet is tied to a particular device rather than the person.

You might be wondering how bitcoins are minted as they are not controlled by any country or bank. Read along to find out.

Mining is a record-keeping process through which a transaction is confirmed and stored in the blockchain. Miners process transactions and secure the network using computers with specialized hardware. They collect newly generated bitcoins as payment. The computers solve complex problems to generate new bitcoins.

If you are wondering that any user can create bitcoin, you are wrong. Generating requires special hardware, lots of electricity and it involves lots of rules embedded in the programming that prevent users to just create a bitcoin out of thin air.

You can also get/buy bitcoins in digital marketplaces called Bitcoin Exchange for other cryptocurrencies or normal currencies.

Due to the anonymity of the owners, bitcoins have been used largely in illegal transactions. Thus some countries have banned Bitcoins. In India, as of now, Bitcoins are not illegal. But they are not recognised as a legal tender by the authorities and they have made them difficult to operate.

So this was me trying to give you a bit of information on Bitcoins.

2 thoughts on “A Bit of Information on Bitcoins”

A Bit of Information on Bitcoins